Irene Cathryn, daughter of Louis and Christine (Lorenzen) Ranniger, was born April 17, 1916, on a farm near Aspinwall in Crawford County, Iowa. She grew up northeast of Aspinwall and attended Hayes Township rural school through the eighth grade. Irene then went to school in Manning graduating with the Class of 1933. Following graduation, she worked for Orla Scheldorf as a bookkeeper and typist. Irene was proud of her typing and shorthand skills.

On September 8, 1937, Irene was united in marriage with Harry Jansen at the Lutheran Parsonage in Manning. Five children were born to this union. Harry worked for the Milwaukee Railroad for several years and in 1941 after the birth of their first son, Harry and Irene started farming east of Aspinwall. In 1962 they moved to the farm where Harry was born and lived there until 1991 when they moved into Manning.

Irene was a member of Zion Lutheran Church and Zion Ladies Aide. She also belonged to several women's groups, including the Tri-County Social Club. Irene was a good cook and known for her variety of dessert bars. She played the piano by ear and enjoyed music, flower gardening and crocheting. Above all, Irene enjoyed gathering with all of her extended family.

After the death of her husband in 1998, Irene remained in their home until late summer of 2007 when she became a resident of the Manning Plaza Nursing Home. She died there on Thursday, December 6, 2007, at the age of 91 years, 7 months and 19 days.

Besides her husband, she is preceded in death by her parents; son Randall Jansen and brother Wilmer Ranniger.

Marilyn Mohr (sister of Bud Mohr & Lila Schroeder) was the teacher during this 1945-46 school year at Iowa No. 6 in Crawford County.

in front of the Lorenzen home which was 3 1/4 miles north of Irwin, IA.

This farm was originally the Goettsch farm - which includes Orville Gottsch as one of the children in the picture.
Randall Jansen Feb 1966

This photo is from Wayne Ranniger and between Wayne, Irene Jansen, and Lucille (Oeser) Getman of Minnesota we have all of the children identified.
Some of these kids attended Hayes No. 7 Country School.
Probably Harold Oeser's birthday August 2
All of John Oeser's kids went to Westside, IA school

Evelyn Frahm married Marcellus Grundmeier
Herman & Margaret Oeser kids went to Lincoln No. 3 but Lucille thinks that her older brothers Harold & Allen may have gone to Hayes No. 7

We continue to gather country school pictures and information. Over the last few months Lana Ringgenberg and Sally Hodne have been busy working in their spare time interviewing Manning citizens about their school memories and history. This week we are featuring Irene Jansen and her country school days. 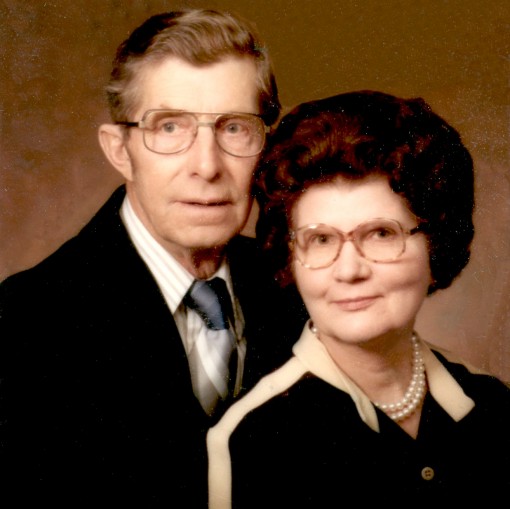 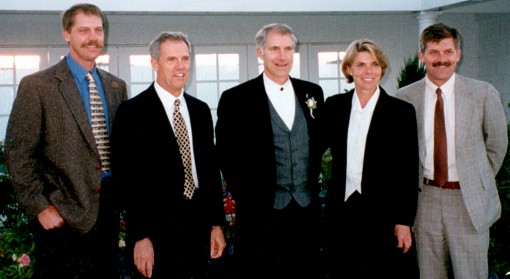 On May 24, 1924, the teacher at Hayes Township School District No. 7, Caroline Stammer, presented little souvenir booklets to each of her 23 students, one of whom was Irene Ranniger in third grade. On the cover of the book it read, "That happiness and good fortune may be with you as you journey along life's pathway is the sincere wish of your teacher on Closing Day." 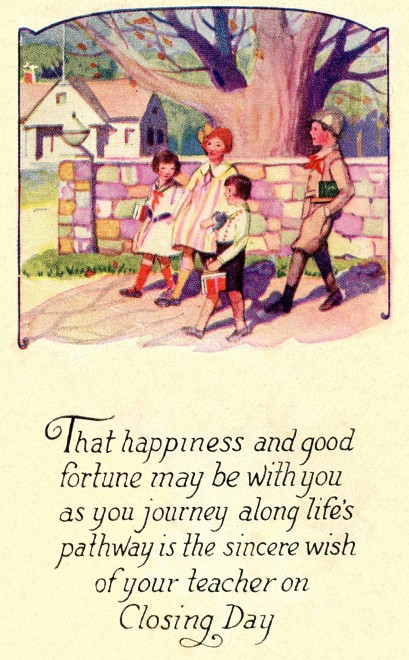 On the first inside page of the book was a quote, "Memory like the ivy clings to olden times and ways and things." Followed by: "This souvenir is presented to you with the best wishes of your teacher, believing that in the years to come it will serve as a pleasant reminder of our schoolday associations."

Irene (Ranniger) Jansen, longtime Manning resident, happened to come across her little souvenir book the other day. Irene said that a little book just fell out of a map as she was unfolding it. She was helping her son Curt locate a small town in Iowa. "I guess it was an old map because here was this booklet stuck inside it and I was so surprised to find it," said Irene. "I hadn't seen it for a long time."

Inside the little booklet is mostly a collection of poems with titles like "Give Your Best" and "Nobility" and "Your Mission." One important page, however, lists the names of each of the students who were attending Hayes No. 7 in the year 1924, the year that Irene was in third grade. These are the students listed in the book. Sixth grade: Raymond Mahnke, Vertus Brus, Herbert Mahnke, Vernon Schroeder, and Bernice Paulsen. Fifth grade: Willetta Kruse and Wilbur Schroeder. Fourth grade: Vernon Ossenkop, Elsie Rowedder, Viola Joachimsen, Ivan Frahm, Gertie Schroeder, and Wilmer Ranniger. Third Grade: Vinton Paulsen, Gertrude Joachimsen, Florence Kruse, and Irene Ranniger. Second Grade: Merlin Schroeder. First Grade: Earl Ossenkop and Gilbert Rowedder. Primary Grade: Willis Brus, Bernice Schroeder, and Eunice Ranniger. Although it is nice to have the official record, Irene believes she could have named them all from memory.

In 1924, Wilmer, Irene, Eunice, and Wayne Ranniger, the children of Louis and Christine (Lorenzen) Ranniger, moved from Aspinwall to the farm located 1 mile east and 3 and 1/2 miles north of Aspinwall. The move put them into the Hayes No. 7 school district. Previous to that they had attended the Aspinwall School. "Wayne was just 2 years old at that time," Irene said. "Later all four of us walked to school together. It was about 3/4 of a mile to school and sometimes we walked through some pretty deep snow. My dad thought the walk did us good," she said with a smile.

Irene recalled two other teachers she had at Hayes No. 7, in addition to Caroline Stammer; they were Blanche Murchland and Viola Schelldorf. "I think we just learned a lot from listening in to the other grades recite," Irene said. She recalls Hayes No. 7 as being a one-room school with an entry hall and place to put lunch pails. Recalling those lunches, she said, "Our mom always baked our bread. One guy in our school had 'boughten' bread. We always envied him. Can you imagine that? Now we would think the homemade bread was a treat."

Irene relates, "We did all the things that you remember about country schools such as having Christmas programs where we put up curtains on wires and everyone had a piece to memorize and was in some sort of a little play. We had Valentine's Day parties. We also had spring programs and end-of-the-school year picnics. We sometimes had box socials. I remember that we played a lot of ball. We played Fox & Goose in the snow.

When asked if she remembered any unpleasant parts about country school, Irene said, "Well, we had those outdoor toilets." She thought for a while and added, "Sometimes the older boys could get a little too rough playing ball."

Florence Kruse (later Florence Kruse Ramsey) was in the same grade with Irene at Hayes No. 7 and would continue to be one of her best friends throughout high school days. Irene related this story about the first times she kept hearing the name of Harry Jansen, who would later become her husband: "I remember that the Joachimsen girls were always talking about someone named Harry Jansen from Aspinwall. They would say, 'Harry said this' or 'Harry did that' or 'You should meet Harry Jansen.' I said to them, 'I'm tired of hearing about Harry. I wish you would quit talking about him." (It would be later, about three years after she graduated from Manning High School that Irene would marry that same Harry Jansen.)

Ranniger family tree - so to speak. 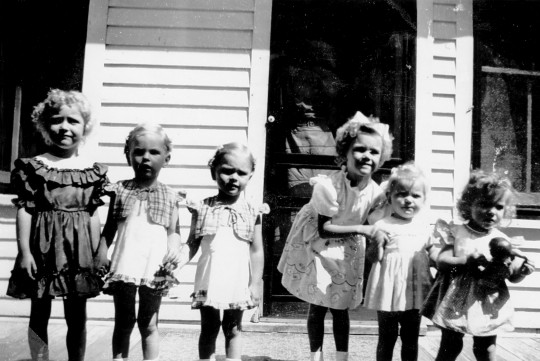 1933 class pictures (girls & boys) taken on the bank that faced south west of the old high school, presently the area between the swimming pool and senior center. 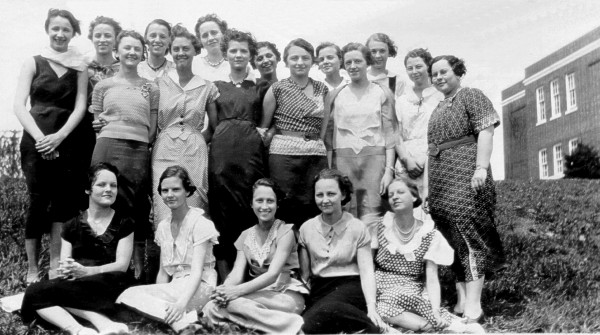 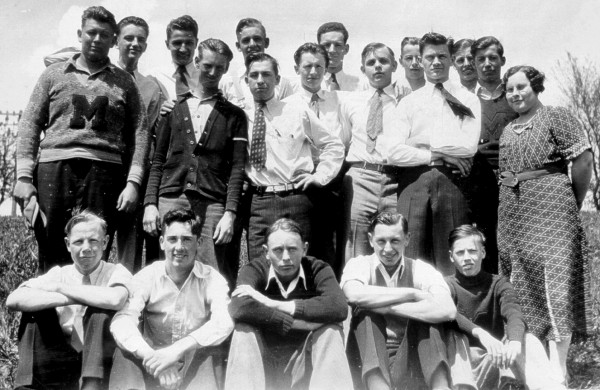