Well, it is obvious that the Easter Bunny was also quarantined this spring because of the coronavirus, so I'll show you his visit in 2005 and 2015 which are linked below.
5 & 15 years makes a big difference in kids, so you'll see some major changes in some of the kids back then and how they have grown over the last 5 or 15 years.

For some reason I did not archive the web page files for the 2005 Easter, so I had to go through and edit all of the original pictures and create the corresponding HTML web files again. 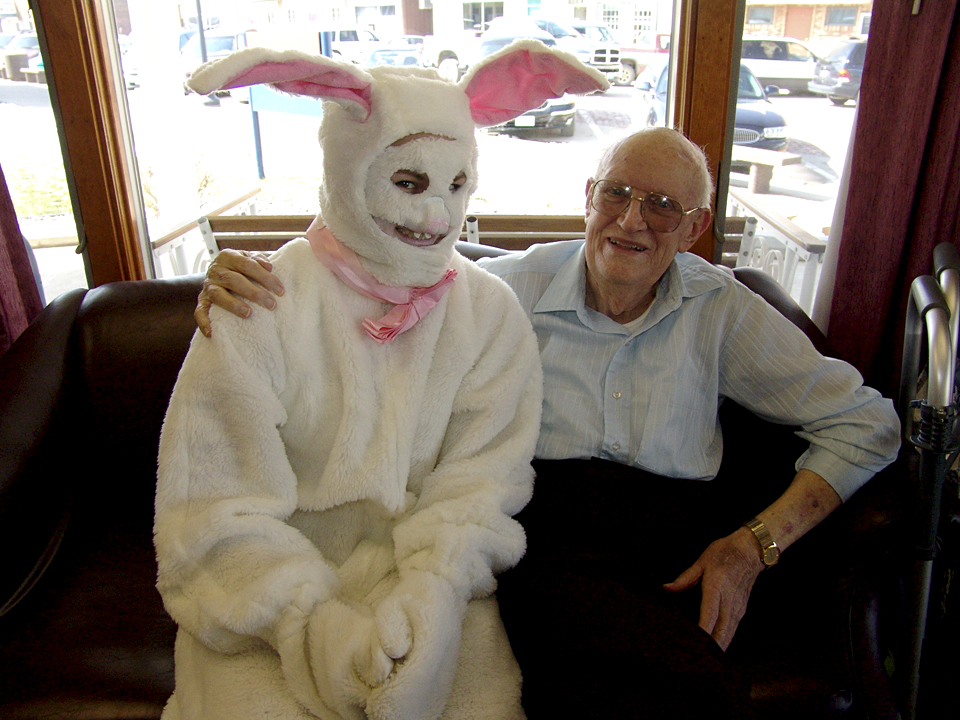 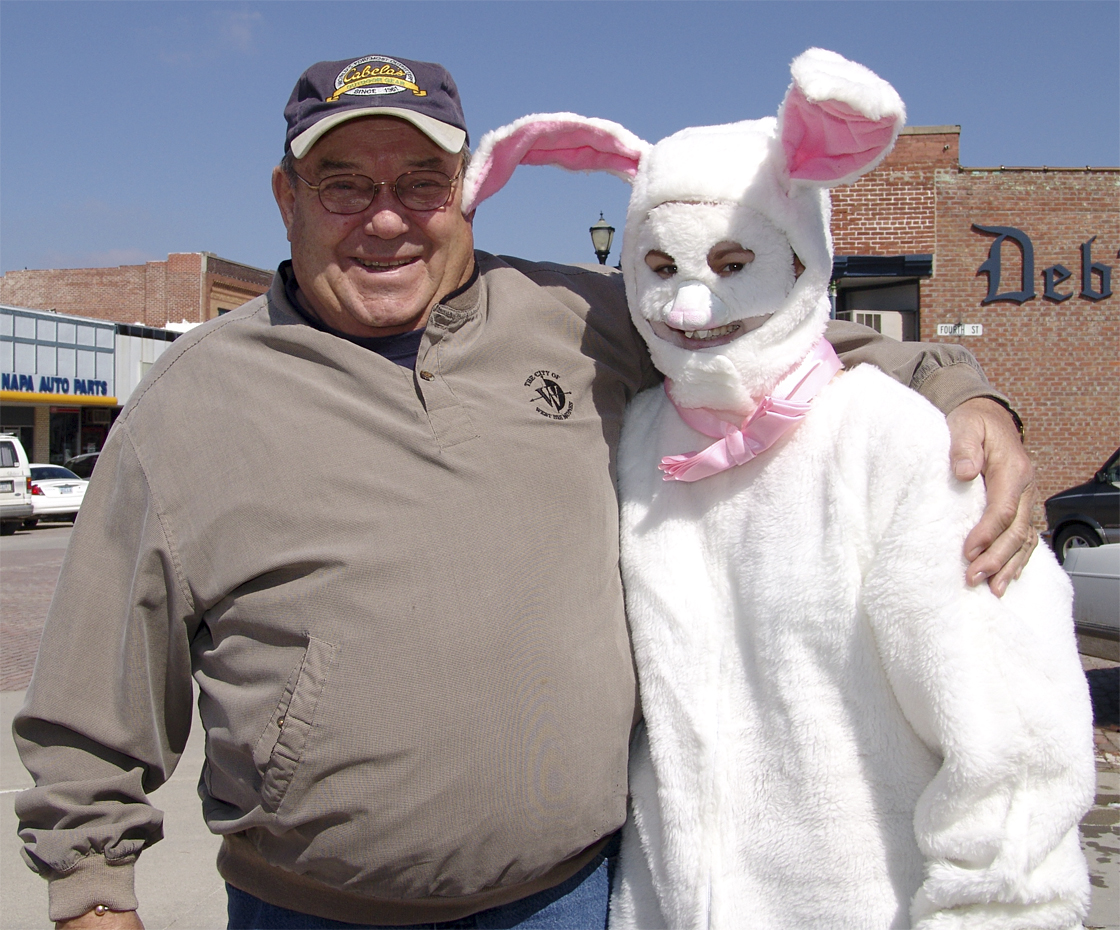 Most of us think of Easter as a Christian event of celebration, but sometimes there can be challenges we don't expect on Easter Sunday.
On Easter Sunday March 23, 1913, an F4 tornado hit north Omaha that was a quarter mile wide, killing at least 94 people.
It is the deadliest Nebraska tornado of all time, and the 13th deadliest-ever tornado in the United States.

This same storm system is the one that generated a lot of tornados that hit the Manning area, one of which destroyed the Trinity Lutheran Church in Lincoln Township...it's sister church building now sits on the Heritage Park property in Manning.
Other tornados destroyed a lot of farm homes/buildings northwest of Manning and up to the Westside/Arcadia area.
I have a lot of pictures of many farm places damaged, but won't show all of them right now...I've shown them previously in other features stories over the years.
Here are a couple of Omaha tornado pictures I scanned from various Manning family collections over the last 2 decades.

Postcard sent to Amanda Schroeder in Aspinwall from a friend who survived the Omaha tornado.

Trinity Church southeast of Manning.
Note the snow on the ground that fell sometime after the church was destroyed.

You can't see it in this picture but the building was blown down the hill quite a distance from the footings.

Easter Cross made by Robert & Ruth Hansen - when the church was still at Lincoln Township.

Other surprises occur on Easter Sunday that were at least not destructive.

1917 Easter Sunday snowstorm in Manning.
My brother Doug confirmed where I thought this picture was taken.
We think the house on the right is where Verna (Jensen) Atkins lived.
The shed to the west behind the Atkins house is where my brother and Steve Atkins worked on Steve's cars.

Here you see an addition was added to the 4-pitch house and a garage added to Verl's house.

Here you see the Milwaukee tracks and right-of-way in the background.

Verl's house on the left.

1911 To the Herman Hoffmann family in Manning

Easter postcard made in Germany

Easter Sunday 1925 from the Alfred & Margaret (Summerville) Spies collection
I'm not sure what this has to do with Easter or why they are doing it.
Or who they are, but they are definitely having fun.

If you have old family and Easter event pictures - please let me know - I'd like to scan them and add them to my Manning Historical Digital Preservation database.