As I continue to digitize and archive military information from Connie & Ann to use in the future Manning Veterans' book, I continue to be awestruck at the sacrifices so many Manning Veterans made and the horrors beyond combat situations many of them had to deal with at their demise.
As I started working on the McCuen family information - the dad served during WWI and 2 of his sons served during WWII. Walter's sons who served were Carl and Walter, Jr.
Below is the amazing account and detailed horrors of war-time that Walter, Jr. had to deal with leading up to his death by drowning on a "Japanese Hell ship." 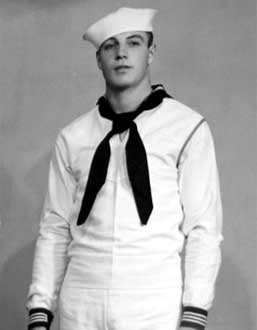 Walter was the son of Walter Bennett and Ella Marguerite (Rea) McCuen.
His brother, Carl, born in Manning, also served during WWII.
They had a half-brother, Gary McCuen.

Japanese freighter of 6,886-tons bound for Japan (in convoy of 17 ships) from Manila Bay in the Philippines. In the holds were about 100 civilians and 1,782 American prisoners of war being transported as slave laborers to work in the mines and factories of Japan. Crowded so close together they could not lie down, the holds soon became a hell-hole as the temperature soared to over 100 degrees F. The lack of fresh air caused many to go mad as the holds became fouled by the stench of sweating bodies, urine, and human excrement. As the ship sailed into a typhoon, the odor of vomit from the hundreds of seasick prisoners added to the wretched conditions.

Four days out into the South China Sea, in the Bashi Strait, at 1500 on the 24th, a terrible jolt shook the ship from bow to stern as three torpedoes from the American submarine USS Shark (some sources say USS Snook...both these submarines failed to return from that patrol) split the ship in two. The two halves separated but remained afloat, only to sink two hours later. Most of the Japanese crew and guards were the first to escape by the few available lifeboats. Those guards left behind were set upon by the enraged POWs and killed. Only seven men survived the sinking by clinging to wreckage. Two were picked up by the Japanese escort destroyer; the other five were later rescued by a Chinese fishing boat and reached the Chinese coast. As the Arisan Maru was unmarked, the captain of the submarine had no way of knowing that the ship carried POWs.

USS Canopus (AS-9)
Fought in the Battle of the Philippines, Battle of Batann and Battle of Corregidor.
Upon the surrender of Bataan on the night of April 8 & 9, 1942, Canopus was ordered scuttled in Mariveles Bay, Bataan, to deny her use to the enemy. On April 9, she was backed off into deep water under her own power and the crew scuttled the ship and abandoned ship.

Of the Canopus' crew, 221 were evacuated to Corregidor on February 28, 1942, and served with the Marines' 1st, 2nd, and 3rd Battalions on beach defenses. The final 327 crewmen were also evacuated to Corregidor and served in the 4th Marine Regiment's 4th Battalion Reserves (Provisional) which fought during the final battle for the island fortress. Nearly all Canopus crewmen were captured at the fall of Corregidor and spent the rest of the war in Japanese prisoner of war (POW) camps in the Philippines and the Asian mainland. Some of the captured crew members were killed on December 14, 1944 in the Palawan massacre.

A total of 212 crewmen were declared killed or missing in action, one of whom was Walter McCuen who died on the Arisan Maru.

Walter R. McCuen M.M. 2/c
Walter Rea McCuen, Machinist's Mate, Second Class, who had been reported missing in action, died October 24, 1944, on a Japanese prisoner of war ship according to a dispatch received by his father, Walter B. McCuen, of Osseo, from the Navy Department.

A letter from the casualty department to Mr. McCuen reads in part: "It has been ascertained that on October 11, 1944, your son, who had been held captive by the Japanese in the Bilibid Prisoner of War Camp, Philippine Islands, was placed on board a Japanese freighter, apparently en route to Japan. On October 24, 1944, this ship, which bore no mark to indicate it was carrying prisoners of war, was torpedoed and sunk off Shoonann, China. Records maintained by the Japanese authorities in the Philippine Islands have come into the possession of the United States naval personnel and these records reveal that Petty Officer McCuen did not survive the sinking."

He was born at Manning, Iowa, in March 1918, and was graduated from Atlantic High School in 1937.

He entered the Navy in March 1939, and received his training at Great Lakes, Illinois, and later on a battleship.

He had been a prisoner of war.
Leader-Telegram Eau Claire, Wisconsin July 29, 1945

As my Manning history helpers {Connie Petersen & Ann (Voge)} keep searching for obituaries and military information for Manning connected Veterans, very interesting historical aspects pop up from time to time in the newspaper articles and obituaries.
I am always in awe at how many Manning connected people were involved with major events in US history.
Note the yellow highlighted line in Norman's obituary.
NORMAN MEYER

Norman H. Meyer was born June 29, 1920, in Lincoln, Nebraska, to C. Henry Meyer and Louise (Manske) Meyer. He grew up in Lincoln and graduated from the University of Nebraska in 1949 with a bachelor's degree in mechanical engineering. He moved in 1952 to Denver.

Norman married Jeanette Ann Gruhn on November 28, 1959, in Manning, Iowa. They lived in Golden until 1989. He was a mechanical design engineer for Coors Brewing Company for 26 years. He also worked for Stearns-Roger Corporation of Denver, Allis-Chalmers Manufacturing Company in Milwaukee, Wisconsin, and the Glenn L. Martin Company in Omaha, Nebraska. At the Martin plant he was a liaison engineer in the project engineering department which did the modification work on the bomb bay of the "Enola Gay."

Norman and Jeannette Meyer retired in 1982 and moved to Fort Collins in 1989.

He was a member of the American Society of Mechanical Engineers, the Denver Kickers in Golden, founder and member of the Lutheran Fellowship Group of Denver, a volunteer for the Poudre Valley Hospital and Aspen Club in Fort Collins. Hobbies were traveling, fishing, bowling and jigsaw puzzles. As a Boy Scout in Lincoln, Nebraska, he achieved Eagle Scout.

Survivors include his wife, Jeanette of Fort Collins; one son, Christian H. Meyer and his wife, Candy Meyer; and one grandchild, Claire Yuka Meyer of Santa Clarita, California.

His parents, one sister and two brothers preceded him death.

In lieu of flowers, memorial contributions may be made to St. John's Lutheran Foundation.

Notes: Jeanette, daughter of Harry and Wilhelmina (Meggers) Gruhn - she graduated from MHS in 1945.